The Enigma of the human brain began to unravel in the Inagural talk by Santiago Ramón y Cajal at the International Medical Congress held in Rome  in 1894. Cajal was the first to suggest that the flow of information in neurons passes from the axons of the presynaptic cell to the dendrites of the postsynaptic cell – “the law of dynamic polarization”. These connections between neurons can be multiplied, thereby augmenting the capacity of the brain. He described the potential of the brain to Adapt to the environment. The word neuroplasticity become recognized after Cajal first used it at this conference (DeFelipe, 2006).

The modern era of neuroscience is still trending on the concepts popularized by Cajal.  Notable milestones include the recognition of Michael Merzenich’s work on neuroplasticity by the National Academy of Science in 1999.

We now have a proliferation in the commercialization of neuroplasticity and brain training tools – A natural process that has been occurring since the origins of the Central Nervous System.

In this manner, Adaptation can be seen as Acquisition of new Internal Models.

The existence of internal models is revealed experimentally by predictive motor planning in the absence of motor activity in the primary motor cortex, the premotor cortex and the basal ganglia (Bizzi, 2000). Movement in any trained task is preplanned before execution. For instance, In the video below, Michael Moschen demonstrates internal representation of  weight, trajectory and rhythm of each object he juggles. His mastery of fine motor control comes from the ability to feel with his eyes and see with his hands.

Internal models are crude representations of movement patterns. Motor learning occurs by estimation of errors using sensory and temporal integration to fine tune motor control (Kaushik Ram, Thesis (2008)). Errors are an inherent part of any internal representation since the environment is subjected to stochastic variability. Such variability is known as Surprise – a mismatch between internal prediction and  motor output.

For this reason, movement training must not be linearized but rather accommodate for variability and uncertainty. When we move in nature, we are subjected to constantly changing conditions. Our bodies love the unpredictability and error induced learning. Our bodies are stimulated by uncertainty and is recalibrated by change.

1. The Law of Diminishing Returns.

Once you have acquired a skill to at least 80% success, it is futile to continue commitment. If learnt to accommodate uncertainty, the skill becomes stable and can then be sustained through sporadic maintenance. Focus can then shift to attaining a new skill. 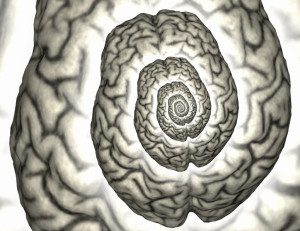 Neurons that fire together, wire together. In this manner we continue to reinforce our habits and patterns and become more and more self similar. We begin to limit ourselves and get stuck in routine. This inhibits our ability to learn something new.

It is healthy to throw ourselves off-balance from time to time. To disturb our routine and use curiosity to drive a new investigation. A new Adaptation. To come up with original techniques.

It is interesting to consider, that as humans, we attain an upright posture around 11-12 months of age. Prior to walking, we learn to twist and roll. These movements are spinal in origin. When we first use our limbs, we do so by crawling. When rehabilitating motor conditions, it is careless to overlook the chain of motor events that lead up to walking. For adaptation to occur, the body requires stimulation from a constant stream of new challenges.

A beautiful example of  someone constantly pushing the boundaries of adaptation is Guy Saunders. At the age of 17 Guy had a severe SCUBA diving accident leading to a debilitating spinal injury which left him a quadriplegic. Now, his is more active than many able bodied humans. His mental attitude allows him to constantly strive for challenges and his body responded with profound adaptation.

Recently Guy participated in a challenge set by Stuart to “jump”.  In the video below, Guy attempts to jump for the first time in 10 years. A movement that we do not think much of, until it is taken away from us. A remarkable achievement for someone whose body finds it challenging to comply.

The synaptic connection in the human brain is in a constant state of flux. Building on Cajal’s Law of Dynamic Polarization, the evolution of these neurons is towards ever increasing complexity. With each adaptation, the perception of the skill changes and we again enter the arena of learning. We shape new ideas. Develop new ways of moving. Attempt the unknown.

Why do we evolve towards greater complexity?

It is vary rare to have a genuine expression of movement.

What he meant by this is that you can train a single kick a thousand times, however, to apply the kick correctly in a real life circumstance is vary rare. So, allow adaptability in whatever you do. Nature is constantly changing. Adaptation allows us to join forces with each new equilibrium. Our brains are designed to pick up the uncertainty in each moment – with adaptation we bring the balance closer to stillness.

No two days are the same – We have the possibility to be different each day.

Ram, Kaushik (2008) Finding the original function of the Cerebellum. Thesis. University of Auckland.