In the age of Digital Health Care, brain training solutions are becoming increasingly common to improve mental performance and emotional stability. Today, you can download Apps on your phone to reduce stress, generate positive thoughts, increase focus, boost memory and even counsel relationships! 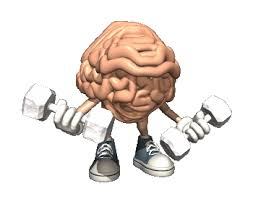 These appealing brain training Apps are based on data-driven science that are built on the impetus that neurons that fire together, wire together. This classic approach of “use it or lose it” is designed to build more cognitive muscle. Similar to skeletal muscle, the brain needs post work-out rest and nutrition.

However, is signing up for a cognitive Cossfit program necessary for you natural health and well-being?

Similar to brute fitness trends, applying  unnecessary stain on muscle develops acute functionality and surface aesthetics. You can impress your friends with your ability to remember a full deck of cards. Further, many of these trainings are transferable to other skills. For example, improved focus can can be applied to sustain attention on mundane tasks and improve awareness in social conversations. However! Do you really need an App to stay alert in a conversation?!

Brian training Apps are based on linear functionality. You can improve your  “score ” on a task by repetition. This linear reward based system has a critical flaw in that it can quickly turn into an addiction. Similar to Facebook, each time you get a “like” on your post, photo etc, dopamine gets released in the brain. This repetitive firing of the reward centers of your brain keeps you hooked on the elusive pleasure of Facebook “likes”. Brain training Apps work simply by securing your time on repetitive challenges.  The cycle is self-perpetuating because – Neurons that fire together, wire together.  In this manner the behavior is often reinforced or replaced by another similar behavior. This is what I term linear functionality. Doing specific tasks such as computerized training games may help with acute skills such as attention and memory but the human brain’s true potential dwells beyond the skill itself!

Ancient tribes have been tapping into a different channel of cognitive performance – One that is non-linear. Embedded within each remote culture are rituals. Recorded by anthropological literature – rituals are stereotyped  sequence of activities involving gestures, words, and objects, performed at a designated space, and often evoke elements of nature and spirit animals. Common to all rituals are the induced Trance-like state that are entered through hypnotic drumming, dancing, chanting, story-telling and meditation. Deep trance is accompanied by an altered state of consciousness that is often ecstatic and semi-unconscious. Examples include Native American Medicine Wheels, African Drumming Circles, Sufi Whirling and Eastern Chanting and Fire Ceremonies.

Trance rituals do not relay on complex musical symphonies or how beautifully the participants can sing or dance.  The ritual space is fundamentally for  healing. The ritual renders the participants to exposes their vulnerability and insecurities. To explore movement patterns initiated by the body rather than driven by the mind.  To interact, play and explore intimacy. Deep trance has the ability to unlock untapped characteristics of the brain, release strain and tension from  the body and balance emotional oscillations.  In the days that follow, participants often have epiphanies, spontaneously discover talents, experience unexplained inspiration and have visions of new life directions. In this manner – Trance has a nonlinear functionality.

Ancient Primal Rituals have evolved over thousands of years to evoked the human potential.  Because the trance is unique to each individuals experience – it overcomes the one-size-fits-all limitation of brain training Apps which incur mass-scale downloads but are based on science that traditionally have a pigeonholed approach to understanding the brain. Rituals facilitate our creative potential by providing space for fearless self expression – which is often inaccessible in institutionalized societies.

As a species connected to the land and the primordial nature –  The only limit to our potential are those we believe in.